From a Halloween ball……to Christmas in the tycoon’s bed!

Desperate for adventure, Ellie MacGregor takes a waitressing job at a glamorous NYC party! Though sheltered, she’ll seize life’s opportunities with both hands. Especially when life presents her with the gorgeous host, Alex Costa…

Is Ellie really as sweet and innocent as she seems? He might not trust anyone anymore, but cynical Alex is intrigued by the scorching heat between them. He’s intent on keeping Ellie at arm’s length emotionally. Yet that could prove impossible when the fling they embark on unwraps the most intimate of secrets… 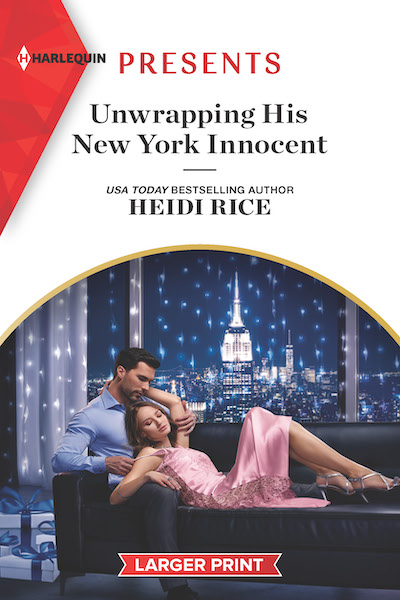 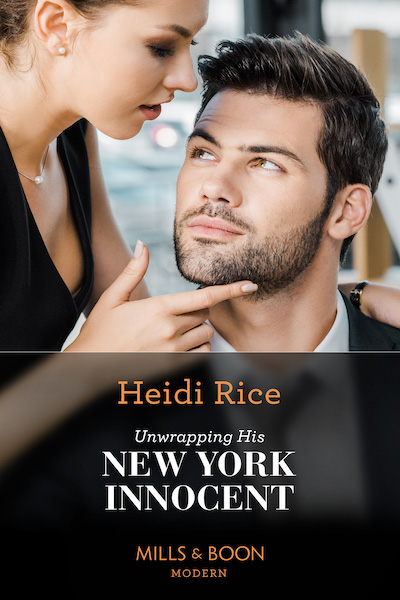 Sorry, Alex, gonna miss the party. I got a better offer. Have a good one. And don’t hit on anyone I wouldn’t hit on.

‘That leaves me a lot of leeway,’ Alex Costa muttered as he glared at the text from his best buddy, Roman Fraser—who had bailed on him. Again.

Roman’s ‘better offer’ probably had a cute face and an even cuter figure. He didn’t blame the guy for bailing though. Parties weren’t Roman’s thing, especially parties that involved dress-up. Truth be told, they weren’t Alex’s thing much either. He’d started the Halloween bash seven years ago when Costa Tech had hit the Forbes Global 2000 list for the first time and he’d officially become a billionaire at the ripe old age of twenty-three. The themed ball had been a classy way to announce himself on the world stage. He didn’t need the publicity now, but the party had become a staple of Manhattan’s social calendar.

He really wasn’t feeling it tonight though as he stood on the balcony of his top-floor suite and watched the festivities below. A ton of people he didn’t really know and cared even less about partied in an array of pricey designer costumes while oohing and ahhing at the outdoor space, which had been transformed into a haunted house and graveyard by an A-list Broadway set designer and her crew.

He should go check it out himself—but first he’d have to put himself at the mercy of the hair and make-up team who’d been waiting for over an hour to deck him out in whatever outfit his executive assistant had ordered.

He swallowed a mouthful of the expensive Scotch he’d poured himself when he’d arrived from his downtown office ten minutes ago. This evening would have been a whole lot more bearable if his ride-or-die pal, Roman, were here to make a dumbass of himself too. He’d also hoped to hang with Roman tonight because he knew his pal was heading off on business until Thanksgiving. And Roman always went to ground in the run-up to Christmas too, because it was a tough time of year for him. Alex shivered. He’d never liked Christmas much himself, not since he was a little kid.

He shook off the unbidden reminder of his father, Carmine Da Costa. A man who everyone had adored, except for Alex. Because Alex knew the truth of his father’s lies and half-truths. The evasion and the subterfuge. The ‘other women’ Carmine had kept all over the Bronx, while pretending to be a great husband. And a devoted father.

His mom had figured it out eventually, but his siblings not so much.

He squinted down at the party guests, surprised by the feeling of aching loneliness that he hadn’t felt in a long time. Why the heck was he thinking of his old man? The family he never saw any more?

Time to get over yourself, Costa.

But just as he was about to head inside, his eye caught a waitress winding her way through the guests—in a costume the size of a place mat. He rubbed his hand across his mouth, annoyed by the shot of lust racing through his bloodstream as he took in her slender shape and the tumble of chestnut curls piled on top of her head.

What the heck was she supposed to be? Because she looked like an R-rated pixie. Whose dumb idea had it been to dress the wait staff like that at the end of October? She had to be freezing. As he followed her movements through the crowd—his gaze glued to the tempting sway of her butt in the barely there green silk skirt that fluttered around toned thighs displayed in fishnet pantyhose—he got even more pissed about the decision.

When was the last time he’d felt this visceral rush of attraction? Way too long ago.

But there was no way he was hitting on the wait staff—because that was so not a classy move. Which meant Roman was definitely the only one getting lucky tonight.

He chugged the last of the whisky, felt the burn in his throat and walked inside.

Just one more reason to give his pal hell next time he saw him.

‘Hey, cutie, you got any more of these witchy martinis?’

Ellie swung round, tottering on the mile-high heels that had given her blisters the size of Brooklyn hours ago, to see the preppy-looking Frankenstein who had been leering at her all night stumbling back towards her station.

‘Yes, sir. I’ll fetch another.’ She lifted the tray onto her aching arm and made to dart round him.

She stiffened when his palm caught her waist.

‘Take your hand off me, sir.’ She twisted away from him, her skin crawling and her temper igniting. She was cold, sore, jet-lagged and so over this guy and it wasn’t even midnight. If he touched her again, he would regret it.

‘Aw, come on. I’m the CEO of Radisson Investments. Costa won’t like it if you play hard to get…’

But then his wandering hand cupped her backside. A red mist descended over her vision and the buzz in her ears became turbocharged. She knocked his hand away. ‘Touch me again, Frankie, and you’re a dead man.’

Frankenstein, though, was not listening, because his offending hand landed back on her bum.

Okay, that did it. Her fingers balled into a fist, and she socked him square in his green jaw.

‘Ouch!’ she bit out, pain ricocheting through her knuckles as he staggered backwards, knocking her tray of drinks up and drenching her.

Heat charged into her cheeks as the previously oblivious guests nearby turned to stare. Swearing furiously and looking a lot more sober, Frankenstein staggered back towards her, testing his jaw.

‘I’m gonna sue you to within an inch of your life. I think you’ve cracked one of my implants.’

She lifted her fists in front of her. ‘Touch me again and I’ll do more than crack an implant.’

But as Frankenstein approached, and she went to swing at him, something hard banded around her waist and yanked her back against a solid wall of muscle.

‘Chill out, Pixie girl,’ a gruff voice whispered in her ear. ‘Believe me, he’s not worth it.’

She sucked in a breath to protest, shivers streaking down her spine at the feel of the forearm pressed intimately against her literally heaving bosoms. But then the same voice growled at Frankenstein. ‘Get out, Brad, and don’t come back.’

‘But she punched me!’ Frankenstein whined.

‘You want me to punch you, too?’ the voice asked, the calm conversational tone belying the steel beneath—which sent another irritating shiver through Ellie’s overwrought body.

Frankenstein held up his hands. ‘No, man, I’m good.’

‘Before you go, you can apologise to the lady,’ the voice added, his warm arm flexing against her midriff. She found herself holding onto him, her legs turning into wet noodles as the adrenaline rush of the fight drained.

A sea of ghoulish, witchy, devilish faces surrounded them—some giggling, some taking photos with their phones and all of them openly enjoying the spectacle.

Frankie’s disgruntled gaze dropped to her face. ‘Sorry.’ He ground out the word, before pushing through the throng of party guests to disappear.

‘Show’s over, folks,’ Mr Forearm announced, which did nothing to dispel the crowd. But then his forearm released its hold on her. As soon as her legs took her weight, they buckled.

‘Hey?’ Warm palms landed on her waist, preventing her from falling over as he turned her towards him.

She had to look way up to see his face.

Her head swam, the underside of her breasts burning where he’d touched them, as she took in the fierce features, the jet-black hair combed back to reveal a widow’s peak, the white silk shirt, severe black cloak, and the blood dripping from one of the fangs peeking out from impossibly sensual lips.

I’ve just been saved by a six-foot four-inch vampire.

‘At your service,’ he said, the sensual lips quirking. The fangs sparkled, and she imagined them sinking into her neck and sucking the last of the blood out of her head.

‘Can you stand on your own?’ he asked, the concern in his voice belied somewhat by the heat lighting the gold shards in his hazelnut eyes.

His searing gaze dipped to the bodice of her costume. ‘You’re soaking wet.’

‘That’d be F-Frankenstein’s fault,’ she stammered.

His lips curved in a loaded smile that sent the jumping beans in her stomach into overdrive. What was with that?

This situation was catastrophic. Not giddily exciting. People were still staring. She looked an absolute fright—and felt worse. She was probably going to get sued by Frankenstein, and, as she spotted Carly hurtling towards them at speed, about to be unemployed. Would she even get paid for the six hours’ work she’d already done?

Even so the warm spot in her stomach swelled as she had to lean into the vampire count’s steady hold.

A Baby to Tame the Wolfe