A four-year-old secret… From that unforgettable night!

Since the passionate hours Lacey Carstairs spent with CEO Brandon Cade, her life couldn’t have changed more dramatically. Even her name has changed! Yet when writer Lacey is told to interview Brandon at the last minute, she can’t believe he doesn’t recognize her—at all…

However, it’s his invitation to be his plus-one at a ball in Paris that Lacey finds most shocking—and privately thrilling! Until Brandon finally recognizes her and the past begins to crash into the present… Starting with Lacey’s biggest secret: their child! 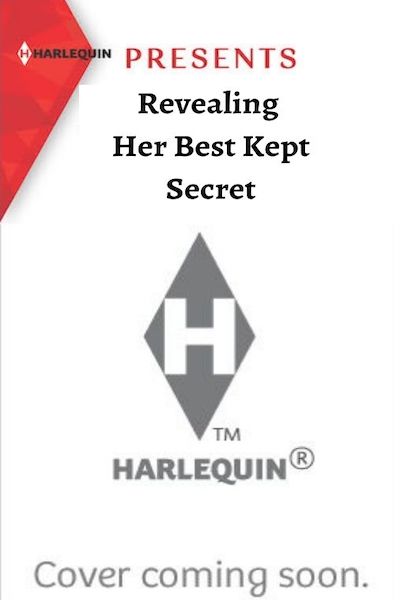 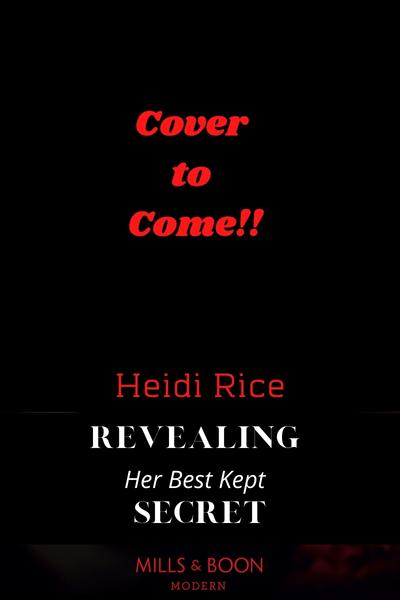 Do not panic. There’s no way on earth Brandon Cade will remember you.

Lacey Carstairs recited the mantra for the fiftieth time. Unfortunately, it was doing nothing to steady her galloping heartbeat or reduce the boiling pain in her temples at the thought of the interview which loomed large in her future with the man who had ground her heart—and her career prospects—to dust beneath the heel of his hand-made Italian leather loafers.

‘Do you know how much longer Mr Cade is likely to be?’ Lacey asked the receptionist in the stark and stylish penthouse offices of Cade Tower on London’s South Bank.

‘This interview is not his top priority today,’ the woman replied, with enough haughty superiority to put Lacey firmly in her place. ‘But he should be with you soon. He has a meeting scheduled in Paris in…’ she clicked on her tablet ‘…two hours.’

‘Two hours, but surely…?’ Lacey trailed off, her anxiety catching up with her reporter’s instincts. Cade’s tight schedule could be a bonus. Surely he would have to reschedule? It took longer than two hours to get to Paris from here.

‘We have a heliport on the roof,’ the receptionist replied, crushing that hope like a bug. ‘He won’t have to leave till two.’

So, no reprieve. But the good news was he had less than an hour now before he had to leave, so the interview would have to be brief—a reprieve of sorts.

Her gaze strayed to the glass wall behind the receptionist’s desk, and the sky-high view of the Thames snaking lazily past the steel-and-glass blocks of London’s Square Mile, the City’s financial hotspot.

How fitting that the most powerful media mogul in Europe should conduct his empire from the top of the continent’s tallest building. Unfortunately, the bubble of vertigo wasn’t doing much for the nausea lying low in Lacey’s stomach.

The thought of having to see Brandon Cade again had kept her up all night. So she now had the foggy feeling of exhaustion to add to the double whammy of terror and stress which had slammed into her yesterday evening, when her editor, Melody, had phoned with the ‘stupendous news’––Lacey would be handling the Cade profile because Tiffany Bradford, the magazine’s star feature writer, had the flu.

Unless Lacey wanted to kill her career a second time—and/or come up with a viable explanation as to why she was the only female magazine journalist in the known universe who would rather shoot herself in the head than spend sixty minutes with the world’s handsomest and most dynamic billionaire bachelor. Refusing simply hadn’t been an option.

Not that Melody had given her an option.

This interview was a seriously big deal for Splendour magazine. It had been three months in the offing, the result of intense negotiations between the magazine’s executive editor and the might of Cade Inc’s PR department. Even so, Lacey had no doubt at all Brandon Cade would have refused, but for the media furore surrounding his ex-mistress’s kiss-and-tell book, which was currently threatening to derail the company’s acquisition plans in the US.

Misty Goodnight had painted an evocative portrait of an impossibly handsome, powerful, sexually dominant and yet wholly unknowable autocrat of thirty-one, who treated his women with the same cool, calm, ruthless detachment with which he ran the empire he had inherited from his father at seventeen.

Lacey happened to know Misty hadn’t lied––or rather, her army of ghost writers hadn’t lied. The tabloid press had taken the story and run with it, dubbing Cade ‘the Great Gasp-by’, thanks to Misty’s lurid depictions of his sexual prowess.

Lacey’s nipples drew into hard peaks at the visceral memory of her one time with Cade. She swallowed down the aching pain in her throat and crossed her arms over her swollen breasts.

The evidence Cade still had a sexual hold on her body after one thirty-minute encounter five years ago was as mortifying as it was disturbing.

He will not remember you.

She repeated the mantra to quell the rising tide of hysteria.

He would never put the smart, sophisticated, perfectly styled magazine journalist together with the eager-to-please intern he had once seduced. She’d changed her name, cut her hair down from long chestnut waves to a curly bob, lost nearly ten pounds—thanks so much, Ruby and her terrible twos—and changed her wardrobe from the second-hand clothes she’d once kidded herself were vintage to the chic lines of the designer labels that were just within her reach now, if she budgeted accordingly.

But, most of all, she’d got a lot less stupid in the intervening years. He’d destroyed her, simply because he could. He’d seduced her at the Carrell launch party and had then napalmed her career. She still hadn’t quite figured out why he’d had her sacked. It wasn’t as if she’d made any demands of him, or expected anything after that mind-blowing encounter. Perhaps she should add paranoid and vindictive to his list of character flaws.

He doesn’t need to know about Ruby.

The familiar guilt pricked her conscience.

Maybe one day, if her daughter wanted to know who her biological father was, she could tell her. But, until that day came, Lacey refused to throw herself or her daughter on Brandon Cade’s mercy. Given the ruthless way he’d treated her once, she didn’t hold out much hope of his reaction to an illegitimate child being good, or even rational.

And she would never subject a child to a father like her own.

She bit into her lip. Tasted the tiny hint of metal to remind herself not to get carried away.

You’re not scared or heartbroken any more, like that starry-eyed nineteen-year-old. You’re cool, aloof and indifferent now. Just like him.

Brandon Cade was even on record as saying he didn’t want children. So why would she tell him about Ruby?

Thank goodness Cade’s PR team had insisted any discussion of his private life was out of bounds. Of course, Melody had implied a good feature writer ignored those kinds of rules. Well, not Lacey. Not this time.

The musical chime of the receptionist’s smartphone startled her.

‘Yes, I’ll send her up, then.’ The receptionist clicked off her phone. ‘If you’d like to take the lift to the top floor, Mr Cade’s EA will be waiting for you.’

Lacey crossed the lobby with as much purpose in her stride as she could muster to step into the scenic lift. The panoramic view of metal and glass across the water glittered like jewels in the noon sunshine. She pressed the top floor button. The buildings dropped away while the writhing snakes in the pit of her stomach plummeted to her toes.

You have nothing whatsoever to worry about. No way on earth will Brandon Cade remember the likes of you.