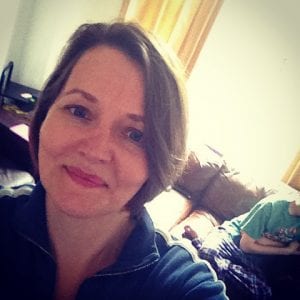 Author Heidi Rice’s first love was watching movies so, not surprisingly, her first proper job was as a film journalist. But after spending years sneaking off to read romantic fiction when she was being paid to watch crappy B-movies, she decided to try writing a novel of her own. After several false starts, her first book, Bedded by a Bad Boy, was published by Harlequin Mills & Boon in 2007 (try telling that title to your mother with a straight face!). Eleven years and 40+ published novels, novellas and short stories later, she has had her work translated into over twenty languages, become a USA Today bestseller and sold over three million copies of her books worldwide.

In 2016, Heidi released her first full-length women’s fiction novel with Harlequin Mira UK, So Now You’re Back. Her second women’s fiction novel, Summer at Willow Tree Farm, came out in Harper Collins’ HQ Stories imprint in 2017. Her latest longer novel, Just Like in the Movies, is due out on 12th March 2021 from Harper Collins’ Digital First imprint One More Chapter and features a hopeful romantic, a hopeless cynic and a crumbling cinema in Notting Hill where dreams just might come true.

As you can probably tell, she loves her job, because it involves sitting down at her computer each day and getting swept up in a world of high emotions, sensual excitement, funny flawed women, sexy tortured men and glamorous locations where laundry doesn’t exist. She tutors an online romance writing course with the Professional Writing Academy to share the joy! She lives in London with her husband and two sons, and lots of other gorgeous men who are entirely in her imagination (unlike the laundry, unfortunately).

When did you start writing?

I first attempted to write a novel at age 13. It was a bodice-ripping historical romance set in the American West about a Scottish girl adopted by the Cheyenne and a US cavalry captain suffering from PTSD. I never finished it… I got stuck on what happened after the bodice was ripped.

What tips would you give to other aspiring romance authors, looking to be published?

Never stop writing… Come hell, high water, teenage appetites or a million rejection letters! Because it’s only those who never give up who get published.

Where do you look for writing inspiration?

What is your earliest memory?

Showing my Daddy I could tie my shoelaces, age 4, when we lived in Ithaca New York. He applauded me as if I’d won a Nobel Prize. I have been a praise junkie ever since. I’m still waiting to win a Nobel Prize.

What advice would you give your 18 year-old self

Stop smoking, it’s bad for your health (duh), plus it’ll cost you a fortune and give you wrinkles.
Talk to your Dad more, he won’t be around forever.
Be aware a Comparative American Studies degree is completely useless – but go for it anyway because you’ll get to study The Wild Bunch and meet your best friend.
Don’t bother reading the whole of Gravity’s Rainbow, no one else will – and you still won’t understand it.
Don’t sleep with the first guy you fancy at University — he may be sexy and charismatic, but he’s a total tosser, not that good in bed and he’s going to be in the same seminars as you for the next three years.

What book would you choose to take on a desert island?

How to Build a Speedboat from Driftwood for Dummies. Or failing that, the whole Outlander oeuvre and Iona Grey’s Letters to the Lost.

Name three people you’d like to be stranded on a desert island with.

A Navy SEAL, a paramedic, a boat builder… If they could look like Jamie Dornan, Sam Heughan and Henry Cavill even better (but not essential).

Do you believe in love at first sight?

Yes, of course. I fell in love with Jamie Dornan at first sight…. I’m not sure he loves me, though.