Roisin Fitzgerald is thrilled to get a new job working for Manhattan’s most mysterious billionaire, Nathaniel Morgan King IV—but despite the whopping pay check, Nate turned out to be the most insufferable boss imaginable—cold, rude and, to Roisin, obviously masking a whole heap of pain…

In this fun, sexy, reverse-Rapunzel story, Roisin finds their simmering attraction soon boils over into a steamy affair…

But can she defrost Nate’s frozen heart? 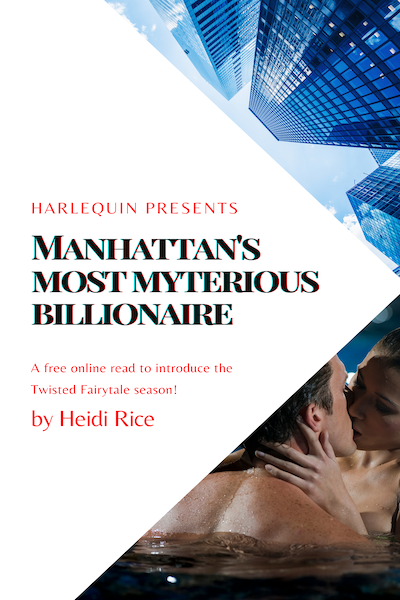 Nathaniel Morgan King IV stared through the two-storey steel and glass windows of his penthouse at the expanse of the Manhattan skyline as dusk fell over the city. Rusty reds and flaming oranges bled across the deepening darkness creating an impressive lightshow which he couldn’t fail to miss each night, even if he wanted to.

Twenty-three stories up in the Art Deco building’s East Tower, it was impossible to make out the people on the streets below him, but he could imagine them, walking and jogging and boating in Central Park, riding bikes and motor scooters along Fifth Avenue, flowing into subways and onto the metro bus system, sitting in cabs, charging down the sidewalks with somewhere to go, or laying on grates, crammed in doorways with nowhere to go.

Busy people, happy and sad people, old and young and inbetween, but all of them down there, while he was in his tower penthouse, watching. Alone.

He blinked and scrubbed his fist across his eyes. The nightmares had woken him again before dawn, dragging him back to the dark basement room, the fetid smell of his own urine, the cramping agony in his legs, fresh bruises covering old wounds, the fear crawling over his skin and stopping his breath as a key turned, and his eyes burst open to scalding light…

He forced out a steadying breath and turned away from the view as the dying conflagration settled over the Hudson and night fell. He reached for the glass of bourbon, knocked it back, letting the sultry burn scour his throat, glad of the shadows finally stretching across the room’s polished parquet flooring and the luxury leather furniture. The glow of the liquor settled in his empty stomach.

The blare of a ring tone streaked through his system, disrupting the comforting silence.

It took him several moments to get his heart to settle back into his chest. He lifted the cellphone from the pocket of his sweatpants. He pressed the cell to his ear, irritation gathering to dissolve the grip of anxiety.

‘Better before you called,’ Nate growled, the husky texture of his own voice still unfamiliar.

‘Come on, man. Don’t be like that. Listen I just called to say I’ve hired you a Girl Friday. She’s gonna be there first thing in the morning.’

‘What?’ he croaked, annoyance turning to shock. And horror.

Sweat broke out on his upper lip, and crawled down his back.

The terrifying memory of shouted questions, the blaze of camera lights, the cacophony of sound and fury and too many people suffocating him, when he’d stepped out of the private jet at JFK and into a firestorm of publicity still churned in his stomach from six months ago, every time he contemplated leaving the penthouse.

‘You need company, Nate,’ his now ex-best friend said, his voice finally losing that grating fake cheerfulness and becoming soft with concern. Nate hated the concern more. ‘You know you’ve been alone in that place for pushing six months now since the rescue. You’re turning into Robinson Crusoe, but without the paradise island. Or that princess in the tower, the one with the really hot hair. You need rescuing from yourself, buddy. And this is a good start. You need to get used to people again. Or you’ll never get over what those bastards did to you.’

Nate swore under his breath the fury gathering pace. ‘I am around people. I have staff here, that you insisted on hiring for me, remember.’ The thought still rankled, that he’d had so little damn say in his own life when he’d first gotten back to New York. Because he hadn’t been able to function. Hadn’t even been able to walk or talk for the first couple of weeks.

‘Whom you never see, or speak to,’ Brett shot back. ‘Because you stay locked in the damn gym or your office, or hide out on the roof garden while they’re there for their allotted two hours a week. And you won’t let them live in.’

‘I don’t want people here when I’m sleeping. I told you why,’ he said grudgingly, still furious he’d had to humiliate himself just to get some peace. ‘And I’m not hiding out, as you so eloquently put it. I prefer my solitude, that’s all.’

‘You still having the nightmares?’ Brett asked, the pity in his voice making the fury and humiliation start to choke Nate. ‘Perhaps you should go back to the psychiatrist?’

‘No!’ The world exploded from his lungs. ‘No more shrinks. No more behavioural psychologists, or trauma specialists, or counsellors or therapists. I don’t want anyone else in my head.’ Because there were more than enough ghosts there already that refused to leave him in peace. ‘Nor do I want anyone invading my personal space.’

Especially not a woman, he thought bitterly. Knowing Brett he wouldn’t have hired some sweet old lady, he’d have hired a PA who looked like a damn supermodel – because Brett with his cod psychology and jock sensibilities thought all Nate really needed to rejoin the land of the living was to get laid.

It had been over a year since anyone had touched him with his consent. And he planned to keep it that way. Because the last time he had allowed a woman to …

He shuddered, the hard, heady throb of desire sickening him, as he forced himself to relive that last evening in Rome… His naked unmarked body lithe and limber and relaxed, humming with health and vitality and satisfied afterglow, the beautiful seductress who had lured him in like a black widow spider – with her vibrant chestnut hair, her cloying rose scent, her plump, slick flesh, her cries of pleasure – lying in bed watching him with lust darkening her eyes, her nipples hardening into ruched peaks again and then… Vicious pain had exploded in his head and he’d woken up, groggy, hurting, and alone in the dark, dragged down to spend a hundred and eighty-six days and nights in hell.

The throb died. His body going cold as the clammy flop sweat slicked his back.

He shook off the vicious echo of fear, fury, agony, aware of the aftershock which still lingered, after being torn from his charmed, entitled, pointless playboy existence and dumped into darkness.

He’d survived it. Against all the odds. Returning home to find his grandfather, the last of his family, dead, and the business empire he had inherited struggling. It was thriving again now, as he’d discovered skills he had never even known he’d had in the last six months… But he didn’t leave the penthouse, because he didn’t need to, he didn’t want to. He could run everything from here. The solitude was his strength now, instead of his enemy.

He’d killed the hunger, the desperation to thrust into warm, fragrant flesh again, that had once tortured him in the darkness… Because it had had the power to destroy him.

‘I mean it, Brett,’ he said, putting every ounce of the bitterness and impotent rage he felt into the caustic tone. ‘You send this girl up here tomorrow, and you and she will both regret it.’

A Baby to Tame the Wolfe
Scroll to top