If you have already read The Christmas Princess Swap duet – featuring The Royal Pregnancy Test by Heidi Rice and The Queen’s Impossible Boss by Natalie Anderson – and want to know what happens to our heroes and heroines after the HEA, this is a special gift for the holiday season.

Keep reading to discover what the future holds for Juno and Leo, and Jade and Alvaro! 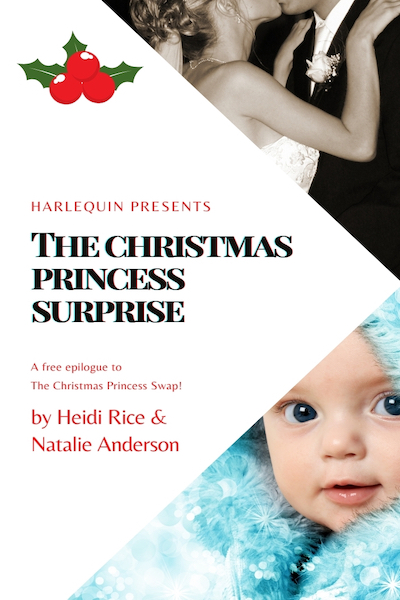 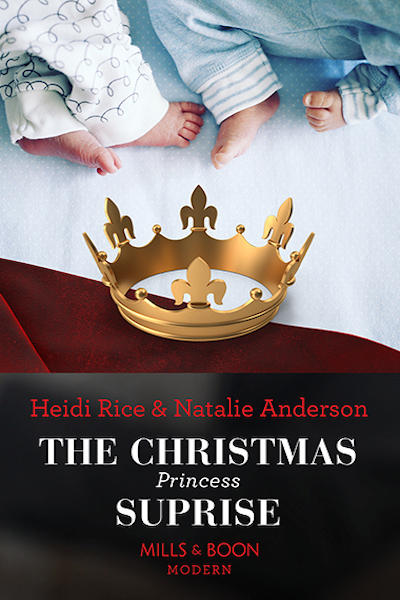 Four years into the future…

‘And then the big scary dragon and the clever little princess became the best of friends and lived happily ever after in their castle in the clouds.’

King Leonardo DeLessi Severo of the Kingdom of Severene closed the picture book and watched his three-year-old daughter Alice stretch her cupid’s bow mouth in an enormous yawn.

‘The End,’ he added, planting a kiss on his daughter’s nose.

‘No, Daddy.’ She gazed up at him from her position on his lap, pinning him with those wide emerald eyes just like her mother’s, and blinked. ‘Read it more, Daddy,’ she demanded, her pleading expression one she knew full well could turn him to putty in her tiny little hands. ‘Ple-ee-ase, Daddy.’

In fact it was almost half an hour past her bedtime—but what else was new? The child pulled that deadly puppy dog pout on him pretty much every night, and even though he swore he wouldn’t, pretty much every night he fell for it. Because—well, because she was the brightest, cutest, most adorable child who had ever lived. And he loved reading to her. He loved holding her small body in her favourite Frozen pyjamas on his lap, smelling the comforting scent of strawberry shampoo as her dark head nestled under his chin and she followed her favourite story with avid interest, while asking him a ton of increasingly ridiculous questions which he had to come up with equally ridiculous answers to so he could hear her throaty baby chuckle and feel his heart expand with love.

Unfortunately, though, tonight he was going to be forced to cut the night-time ritual they both enjoyed shorter than usual—and resist the deadly puppy dog pout. Because tonight was the Severene Christmas Ball, which he and Juno hosted every year the week before Christmas, and they were already overdue downstairs in the palace ballroom.

His advisors and Juno’s advisors would be having a fit.