After a trip home to bury his father, US photographer in London Caleb Landry finds himself stranded in a Soho bar full of boozy women brooding his way through his least favourite night of the year.

But when college art teacher Rosie Smith tries out the cheesiest pick-up line ever on him, Cal becomes captivated by this good girl with a filthy mind – especially when he discovers she has a V-Day allergy of her own. So he dares her to one smokin’ hot Valentine’s night hook-up with no questions asked, satisfaction guaranteed…

But when Valentine’s Night turns into the morning after, suddenly Rosie’s asking questions she shouldn’t, and putting Cal in danger of breaking his number one rule… 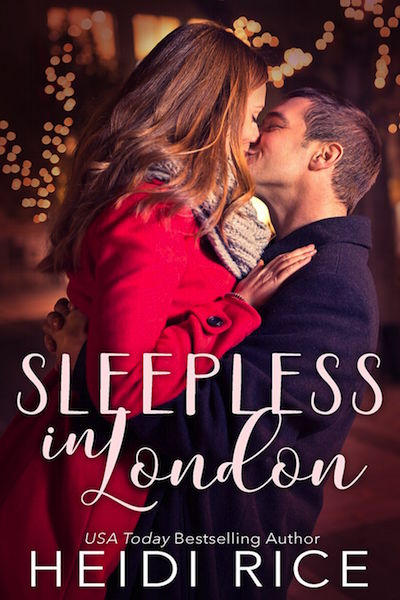 When the barman returned with his Guinness, Cal stared into the dark liquid and knew it was going to take a lot more than one bottle to get hammered enough to go home alone tonight. He took a long drag, and let the rich malty taste start to take some of the bitterness away.

But as he threw a ten-pound note on to the bar, slim fingers touched his forearm. He turned and tensed, the sight of the heart-shaped face beaming at him making him feel as if he’d just taken a sucker punch to the gut.

The woman’s apple cheeks glowed in the muted lighting from the bar. The dusky pink of her skin contrasting with the fluorescent cocktail she had in her hand.

He sucked in a careful breath, getting his bearings back.

She wasn’t what you’d call conventionally pretty. Her mouth a little too wide, the red-brown curls rioting round her face a mess, her eyes slanted at the edges to give them a sleepy quality. But she was striking – the high cheekbones, the delicate line of her throat, the pulse fluttering in her collarbone and those come-to-bed eyes. His fingers itched again, but this time for the Leica that was packed in the bag at his feet – the desire to take some shots of her instant and unstoppable.

But then her small white teeth dug into her bottom lip and professional interest was obliterated by the yank of lust.

Her lush mouth curved up and the crooked half-smile looked so hot, he began to wonder if she was actually real. Was he hammered already? After one sip? He had to be more stressed than he thought.

“Hello…” She cleared her throat, the single word coming out on a husk of breath and relief spun through his system. She was real all right. And not just a figment of his desperation to get laid. Good to know.

“Hi.” He noticed the sparkle of interest in her eyes and hoped like hell it was the result of her appreciation, and not inebriation.

She lifted her fingers from his arm, and he missed the light pressure through his jacket immediately.

“I have a favour to ask you,” she said, the smoky English accent speaking directly to his cock. And making him totally forget why he wasn’t in the mood for small talk tonight.

“Yeah?” Whatever the favour was, her cheeks were glowing redder than the cocktail now.

“My friends, who are over there…” She pointed across the bar and he clocked a couple of women in the booth opposite waving. “Have come up with what they think is the perfect chat-up line and dared me to use it on you. So if you could just pretend I’m doing that for a couple of minutes I’d appreciate it or I’ll never hear the end of it.”

She climbed onto the stool beside him and veered to one side.

He grabbed her arm to stop her toppling any further. She gave a squeak of distress, her skin soft and warm under his fingers, before her fluorescent drink splattered his T-shirt.

“Oh shit.” Dumping the glass, she grabbed napkins from the dispenser on the bar. “I knew this would be a disaster.”

“Was that part of the pick-up plan?” he asked, enjoying the feel of her fingers dabbing frantically at his pec. And then feeling kind of pathetic. Exactly how long had it been since a beautiful woman had touched him?

She met his gaze, those slanted eyes going round with confusion.

“To cover me in cocktail?” he elaborated, wondering why any woman who had that striking face, and eyes that arresting shade of blue-green would need a pick-up line.

“Have what?” She stopped dabbing, and her teeth sunk back into that pouty bottom lip. She’d chewed off any lipstick, leaving the skin naturally reddened. His crotch twitched at the thought of nipping the plump curve and then licking it better.

She shook her head, making the red-brown curls bounce on her shoulders.

His first genuine smile in over a week began to work its way loose from his chest. “That bad, huh?”

“Worse,” she said with feeling. “It’s so bad it could get me arrested. For crimes against flirting. They think they’re being helpful because I have an allergy to Valentine’s Day.”

Her wide mouth tipped up at the edges, and his head began to spin. No doubt from his jet lag.

“If they don’t, they should have,” she said, her enthusiastic agreement making him wonder what her gripe could be? Because she looked like the type who would usually buy into all the hearts-and-flowers bullshit. Her open face and blue-green eyes guileless enough to give Bambi a run for his money.

“It’s hopelessly cheesy,” she countered. Then glared at her friends, who were still watching their every move as if they had stakes in this game.

“Pick-up lines usually are.” Not that he had a lot in his arsenal. He generally preferred straight talking when it came to sex. But he was intrigued now. As well as being seriously turned on.

She licked her top lip, her tongue touching the dip in the centre. He felt the phantom stroke right across the head of his cock.

Damn, that mouth was killing him.

“Do you absolutely promise not to have me arrested?” she said.

“I swear.” He crossed a finger over the sticky patch on his chest. “Now quit stalling and let’s have it.”

“All right, but remember you asked for it.” She took a deep breath, which made the top button on her shirt strain. The hint of cleavage was coy enough to leave far too much to his sex-starved imagination.

She blew the breath back out. “I’m supposed to tell you, I’m giving out free hugs for Valentine’s Day and that you look like you need one.” Her blush shot back into the red zone. “You see what I mean? So cheesy it hurts.”

And nowhere near as filthy as he’d hoped.

He frowned. “What makes you think I need a free hug?” he asked, annoyed that the dumb line had tapped straight into the empty space inside him. The space that had opened up a week ago, when he’d gotten the two am call from the Sheriff’s Department to say his father had died from a heart condition he’d known nothing about.

“Because you looked so pissed off…” she answered, sounding apologetic. He tried to dial down on the frown. Don’t scare her off, you dick. “Which is perfectly understandable given all the plastic penises on display here tonight…” She qualified quickly. But then she titled her head to one side, considering. “And because you look sort of sad too.”

He stared, not sure what the hell to say. He didn’t spill his guts to women, especially not ones he’d only just met. And he wasn’t about to start talking about his recent bereavement, or the shit storm Decker had tried to unload on him, to anyone. But that didn’t stop her easy understanding from unsettling him. Was it that obvious?

You need to work harder, Landry.

But before he could think of what to say, to deflect her concern and cover his crappy mood, she climbed off the stool.

“All of which is none of my business. I should go.”

“Hey, wait up.” He snagged her wrist before she could get away, determined to shift the conversation back where it belonged. He could still salvage this seduction, which had the potential to provide exactly the distraction he needed tonight. All he had to do was locate the man he’d been a week ago, before he’d gotten that phone call.

The man who could travel the globe taking pictures of other people’s pain without letting it get to him. The man who never had to deal with his own drama, because he’d become an expert at ignoring it. The man who had never had a problem talking a beautiufl woman into mutually assured orgasms and knew how to deliver satisfaction, guaranteed.

That guy would have knocked this pick-up out of the park already.

She nodded, but she didn’t look as if she believed him, those enchanting sea-green eyes still seeing much more than he wanted them to see.

“But a free kiss…” He leaned towards her to whisper in her ear, and felt her shudder of response as he got a lungful of her scent – fresh and sexy and so full of potential his cock strangled in his jeans. “A free kiss I could definitely use.”

Her teeth grazed her bottom lip again. And the smile he’d been holding hostage for what felt like a month worked itself loose.

Hell yeah, the man is back.

So Now You’re Back
Scroll to top