One Night, So Pregnant!

What to expect when you’re unexpectedly expecting

Shock: Telling a gorgeous (almost) total stranger that he’s going to be a dad is never easy!

Cravings: The instant chemistry that catapulted Tess Tremaine into the wildest night she’s ever had isn’t going to just go away—and no one says no to Nate Graystone when he’s determined to be involved….

Hormones Gone Wild: Surely that’s the only reason she’s failing to keep Nate out of her bed, out of her mind…and why she keeps wanting more from the most unattainable man she’s ever met?

Three hot nights in America’s Golden State lead to … More hot nights! But can they also lead to love?

#3: Too Close for Comfort

A series of books linked by brothers and sisters, friends and lovers… 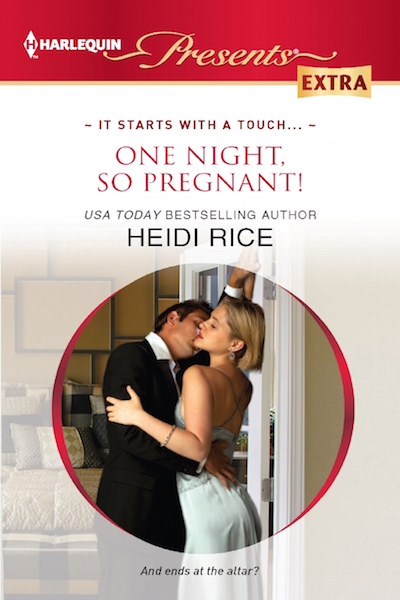 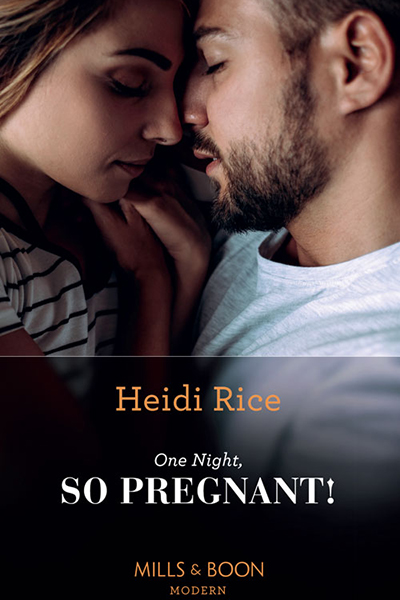 ‘Hi Tess, this is a surprise.’

The slow smile that spread across Nathaniel Graystone’s features as he walked across the royal blue carpeting towards her had Tess’s heart beating into her throat — and several more intimate areas of her anatomy.

‘A great surprise,’ he added, gesturing towards one of the large leather armchairs arranged around a coffee table.

Tess perched on the soft leather, and tried to even her laboured breathing. She hadn’t quite prepared herself for seeing him in the flesh again. Instead of the debonair tuxedo of their closet encounter, his broad shoulders stretched over a pale blue shirt. Steel grey trousers fell in pleats around a lean waist and then hung in razor-sharp creases down long legs. His cropped black hair, which she knew was deceptively soft beneath her clutching fingers, contrasted sharply with those striking sapphire blue eyes — which twinkled with mischief, as if the two of them shared a naughty secret.

Probably because they did.

‘To what do I owe the pleasure?’ he asked, the frank, assessing look he sent her reminding her of the first time his eyes had locked on hers across the crowded bar in the Skyline.
She’d been unable to tear her gaze away then. She was finding it equally tough now. ‘I needed to see you.’

He didn’t look surprised by her answer, the easy smile only becoming more assured.
The fine hairs on her nape tingled. Of course he wasn’t surprised. No doubt he was used to women chasing him, and flinging themselves at his feet. But the indignation quickly passed, to be followed by humiliation.

Why wouldn’t he think that?

His arrogance on their only night together had been one of the things she had found so irresistible about him, the moment of insight deeply unsettling. She, who had strived for ten years to be the driver of her own destiny, had succumbed far too easily to his dominant, take-charge masculinity that night after two glasses of champagne, some sexy small talk and a few come-to-bed looks.

He’d made her feel desirable, in a way Dan never had. Dan had never shown anything like the same urgency or dedication when it came to getting into her knickers. No wonder she’d been so susceptible to Graystone that night. It had been a sop to her pathetically fragile ego.

The sensual smile curved into a rakish grin making his harsh features look almost boyish. She wasn’t fooled. Her heartbeat careered up another notch.

He propped his tall frame against his desk and folded his arms over his chest, making her uncomfortably aware of pale blue cotton stretching at the seams around impressive biceps. Then his gaze took a leisurely trip down to her kitten-heeled pumps and back again.

‘Let me guess,’ he said, his deep voice rumbling up her spine as the corners of his eyes crinkled with amusement. ‘You came to get your panties back.’

Tess cleared her throat as her nipples squeezed into hard aching peaks — and hot blood coursed up her neck.

‘Not exactly,’ she said, her voice coming out on a distressingly breathy whisper.

‘Are you sure?’ he teased, sounding very sure.

She lurched out of the chair. ‘Yes… I…’ Panic skittered up her spine and the fog of arousal cleared, as she recalled how her whole life had gone into freefall at precisely eight-twenty-two am that morning. ‘I didn’t come here for another quickie.’

The leisurely glance that swept down to her bullet-tipped breasts called her a liar. ‘Then how about we try slow and easy?’

Indignation flared, eating away at the supernova of guilt.

‘My apartment’s a few blocks away,’ he continued, without waiting for a reply. ‘While the janitor’s closet was memorable.’ His eyes met hers, the dark arousal in the translucent blue reminding her of the sexually charged moment when he’d grasped her hand and dragged her inside the closet. ‘A bed would work better.’

Temper burned up her throat and took hold of her tongue.

‘I didn’t come here to sleep with you, you arrogant jerk. I came to tell you I took three pregnancy tests this morning.’ The words flew out of her mouth gaining force and velocity. ‘And they were all positive.’

Tess’s tiny spark of satisfaction was very short-lived when instead of looking shocked, or even surprised at the news, he simply said. ‘Well, that’s one hell of a passion killer.’

Nathaniel Graystone kept a tight rein on his temper, even though keeping the nonchalant smile on his face was making his cheeks ache. ‘And I suppose now you’re going to tell me the baby’s mine.’

The pleasure at seeing her again had died a quick and painful death.

She’d driven him wild that night, with her light flirtatious touches, her fresh, funny, forthright manner — and a raw, naked passion that had just about blown his head off.

But then she’d left him standing in a closet, still dazed with afterglow, his pants round his damn ankles and nothing but a pair of torn silk panties and several sleepless nights filled with sweaty erotic dreams to remember her by. He’d been right to be suspicious of the insane chemistry between them. And right not to have called her — although it had taken every ounce of his will power not to pick up the phone in the last six weeks. The whole thing had been a set-up, from start to finish, just like Marlena, just as he’d suspected when she’d run out on him – without even the decency of a goodbye.

His gaze swept over her. The sheen of distress in her striking green eyes spoke of someone on an emotional knife-edge. Damn, she really was an accomplished little actress.

‘Whatever it is,’ he said, because she appeared to have missed the point. ‘I’m not the father.’

She didn’t say anything.

‘Look sweetheart,’ he said, keeping the smile firming in place. ‘I wore a condom that night. And we only did it once. And while my sperm might be Olympic swimmers, even they can’t swim through latex.’

‘I know you wore a condom,’ she said. ‘But you obviously didn’t put it on as efficiently as you did everything else that night.’ The tartness of the reply surprised him. He’d expected contrite by now, and maybe some wheedling. Instead, her slender frame stiffened, as if she were getting ready for battle. The flush of colour in her cheeks turned the pale skin a vibrant pink and the flash of temper in her eyes made the green sparkle. He forced himself to ignore the residual hum of arousal.

‘I put the condom on just fine,’ he stated easily as a slow-burning resentment settled low in his gut.

She gave a soft sigh, but the expression in her eyes when they met his again seemed more weary than calculating. He knew it all had to be part of her act, making the strange tightening in his gut kind of annoying.

‘If you say so,’ she said at last, the words barely audible. She gripped the strap of the purse and gave him a stiff little nod. ‘I guess this is goodbye then, Nathaniel. It was certainly a memorable night.’ The wistful tone shocked him, but not as much as the sight of her slim shoulders rigid with tension as she crossed the room and walked out the door without a backward glance.

The Good, the Bad and the Wild

Too Close for Comfort
Scroll to top