Bound by Their Scandalous Baby

He’s the billionaire she should resist…

…but he’s the billionaire she’s bound to!

Hotel tycoon Lukas Blackstone is shocked to learn he has an orphaned nephew – and infuriated by the electricity sizzling between him and his nephew’s guardian, Bronte! Despite their powerful attraction, Lukas knows to steer clear of Bronte – he learned the hard way that family life isn’t for him. But when the sensational fire between them ignites, the dramatic consequences will tie them together—forever… 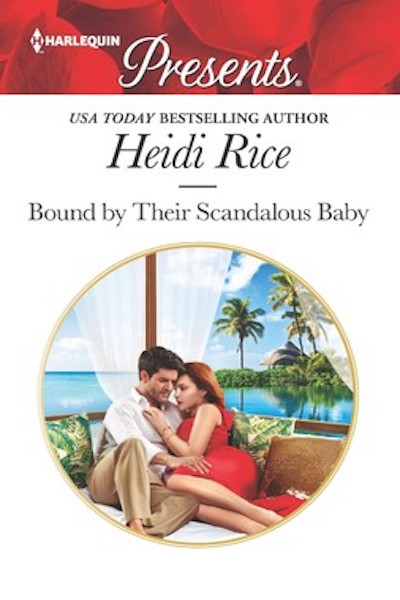 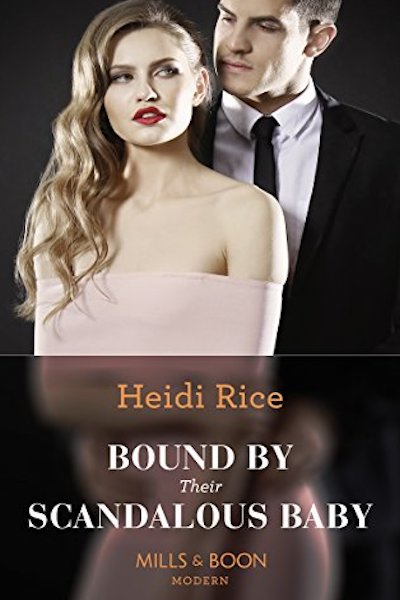 Lukas Blackstone hated crowds. But he hated dark rooms a whole lot more. Tonight, he would have to endure both at the same time. A humiliating trickle of sweat eased down his temple. He brushed it away impatiently with the cuff of his tuxedo jacket. The tailored designer suit felt like a straitjacket, squeezing the air out of his lungs. The irrational fear made his stomach knot.

He cast a jaundiced eye over the array of VIP guests below him—crammed into the Art Deco ballroom of Blackstone’s Manhattan, his company’s flagstone hotel on the corner of Central Park West.

Hollywood A-listers bumped shoulders with masters of industry, legendary rock stars mingled with media moguls, priceless jewellery sparkled and glowed, and vintage champagne flowed alongside a lavish buffet of delicacies produced by an award-winning chef. A thirty-piece orchestra brought the closing strains of a Viennese waltz to an end. Blackstone’s Full Moon Ball was the classiest event of the season. There was more money on display tonight than the GDP of most European countries, but to Lukas, unlike his twin brother Alexei, it had always looked like a seething mass of humanity ready to swallow him whole.

‘Don’t sweat it, bro. You don’t want to dance in the dark with one of these babes, I’ve got this. But don’t come crying to me when I score and you don’t.’

His brother’s voice, smug and irreverent and full of the reckless charm that had made Alexei irresistible to women the world over, whispered across Lukas’s consciousness. A leaden weight joined the tangle of nerves in his belly.

He sunk his fists into the pockets of his suit pants and let the moment of loss wash over him as he stared down at the ballroom floor. The cloying cloud of expensive perfumes and colognes rose to the mezzanine level where he stood, concealed from prying eyes.

Lukas swung round to see one of his publicity chief Dex Garvey’s minions. He glanced at his watch. Ten to twelve. Damn.

He pushed the shadow of reminiscence to one side. He had to make an appearance on the ballroom floor at midnight—when the lights would be dimmed—and claim a woman to dance alone with her, creating a spectacle for the press which had been a highlight of the Ball since the Roaring Twenties.

It was a tradition started by his great-grandfather—a murderous Russian bootlegger—who had used the first Blackstone Full Moon Ball as a uniquely barbaric way to claim his unsuspecting bride from the debutantes of New York high society.

Unfortunately, Dex Garvey had decided Lukas could do the same.

‘Tell Garvey it’s none of his business,’ he barked. The minion took the hint and scurried off.

Irritated by the need to make a public spectacle of himself, and the tight knots still competing with the hollow ache in his stomach, he scanned the dance floor for a suitable candidate as the Dark Waltz was announced and the eligible women gathered in the centre of the room.

He ignored the cluster of girls from some of Europe and America’s best families. He knew Garvey had invited them in the hope he would choose one to create a buzz around the planted story about his supposed search for a wife—as Blackstone’s prepared to open its first luxury family resort on a private atoll in the Maldives.

The move into the family market was a sound business decision, nothing more—a chance to consolidate Blackstone’s as the leading luxury brand in all sectors of the global hospitality industry—but Lukas had absolutely no intention of becoming a family man himself just to promote it.

The knots in his stomach tightened as he left his sanctuary and descended the staircase. A sea of eager female faces watched him. The opening bars of the Dark Waltz drowned out the hum of anticipation from the crowd—and the rush of blood in his ears—when his gaze landed on a young woman standing alone.

Unlike the others, who waited with barely concealed anticipation at the thought that he might pick them, she stood apart, her stance brittle and guarded.

The jolt of awareness hit him. Her slender body was temptingly displayed in a green satin gown, its classic style a lot simpler than the expensive designer gowns of the other women. Pale alabaster skin was offset by a mass of wild red curls swept up in a haphazard style that made him itch to tug away the pins keeping it aloft.

As the lights dimmed, the girl’s skin took on an ethereal glow in the moonlight and he got close enough to make out her features. The visceral blast of heat was followed by the shock of recognition.

Darcy O’Hara. The girl who had attempted to blackmail Alexei four years ago—just before his death. What the hell was she doing in New York?

He recoiled, fury and loss strangling him. But he couldn’t halt his steps or change direction as he strode across the floor towards her. A barrage of camera flashes went off around him like fireworks and the other women faded into the background—because the only woman he could focus on was her.

The knots of tension released in a rush, setting off a chain reaction throughout his body, the predatory instinct like a drug.

She tensed, her gaze fixed on his, and her body trembled as if she were poised to run—like a gazelle scenting a panther stalking her in the long grass.

But she stood her ground.

He would have given her points for that, except he didn’t buy the shocked and fragile act for a second. The sharp sweet taste of revenge overrode the familiar childhood fear that had dogged him for years as the darkness descended. The full moon’s beams through the ballroom’s glass ceiling provided the only illumination. The anxiety burned away on the focused wave of fury and the inexplicable flare of desire.

You should have run, Darcy, because you’re not going to like what happens next.

Reaching her at last, he grasped one narrow wrist in an iron grip and wrapped his other arm around her slender waist to yank her towards him.

Without asking permission, he swung her into a turn as the music began, trapping her against his body. She arched back against his restraining arm, the cello strings marking the beat. He could hear the gasp of distress, feel the shudder of her rapid breathing, the softness of her skin as his palm strayed down to where the gown’s back plunged low.

Holding her insultingly close, he forced her to follow his lead.

He didn’t care if he was treating her like a whore. Because that was exactly what she was.

Darcy O’Hara was going to pay for the lies she’d told Alexei, not to mention her decision to gatecrash this event. By the end of this dance, every single member of the paparazzi in Manhattan would know what a manipulative little gold-digger she was—because he planned to give the world’s press and every person here a graphic demonstration.

‘Mr Blackstone…’ she stuttered, the crisp English accent smokier than he remembered from their one brief meeting, as she struggled against his hold. ‘You’re hurting me,’ she said breathlessly.

He loosened his grip, but only enough to ensure he didn’t bruise her. He wasn’t the monster here—she was.

‘Call me Lukas,’ he snarled, thinking of Alexei—irresponsible, impulsive and far too easily fooled by a pretty face—and all he’d lost the day this woman had worked her way into his brother’s bed and messed with his head. ‘And stop wriggling.’

Bronte O’Hara’s head spun, her confusion almost as huge as her panic, as Lukas Blackstone’s arms closed around her like steel bands.

But as her brain knotted, trying to make sense of what had just happened, her body burned—so powerfully aware of this man she had never met before, further protests got lodged in her throat.

He whisked her around the floor, the kaleidoscope of flashing lights and sound whirling past her in giddying circles. Her skin stretched tight over her bones, and her breasts swelled in the too-tight bodice of the gown she’d found in a thrift store in the East Village the day before—so she could gatecrash this event and meet this man who might well be her nephew’s only hope. She’d already known Lukas Blackstone was a bastard, after the way he’d treated Darcy four years ago. Even so, she’d been prepared to beg him for his help, for his attention—but she hadn’t expected this.

The possessive press of one large hand scalded the base of her spine, her senses overwhelmed by the irresistible fragrance of juniper and pine from his cologne and his own musky scent.

She felt trapped, controlled, completely at his mercy. She’d never danced a waltz before in her life, but his confident, fluid steps made it impossible for her to stumble, her feet barely touching the ground.

But why then did she feel so alive in his arms? It was as if a veil had been ripped away to expose her, naked and yearning, the minute he had marched towards her and dragged her into his embrace.

Why did her body revel in his punishing hold? Why did she feel this desperate compulsion to rub against the unyielding lines of his powerful physique? Why did her lungs want to pull in greedy breaths of that intoxicating scent?