10 Rules to Sex Up a Blind Date

After a nasty breakup, Tally Gladstone has no interest in anything serious. But she’s dipped her wary toe back into dating with a few blind dates—all bad…or worse. The only good thing to come out of it is a sizable following on social media. Her latest date is doomed from the get-go—he isn’t even straight. But at least he knows someone who meets her every very exacting wish

American-in-London Brent O’Neill is everything she wants—on paper. He’s hot, sexy and emotionally off-limits. Tally can play all she likes without getting burned. He’s so good in bed he’s addictive. But her millions of social media followers want disaster, not boring-ever-after. They might get their way yet—how is she going to walk away before her heart is in tatters? 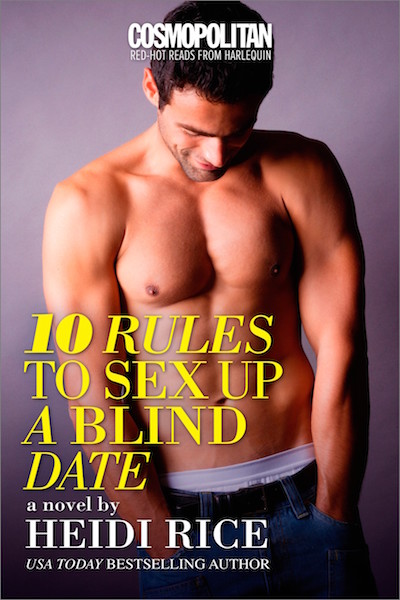 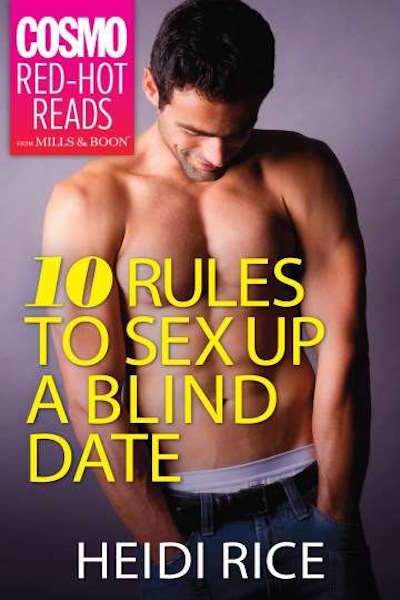 #NewRule: 2 Wear or Not 2 Wear Knickers? Is that the question? Answer: Dress for sex-cess but aim for the #Wow Factor not the #Whoa Factor

Tally handed her coat to the fresh-faced cloak-room attendant in the West End club. He sent her a shy smile before his gaze became surgically attached to her cleavage. Her confidence perked up as he handed her the ticket, his cheeks shining like beacons in the club’s half light. She smoothed her palms down the plush velvet of the vintage minidress she’d found on eBay. Tucking the ticket into her bag, she smiled at the poor kid. Good to know the three hours she’d spent debating her wardrobe options for this evening had not been entirely wasted.

Her phone pinged and she whipped it out of her bag, grinning when she saw the text pop up from her partner in crime.

We’re in one of the booths on the left in the American Bar. Hope you’re looking hot because Brent certainly is. S x

She headed down a wide stairway, the walls expensively upholstered in dark wood and red leather, tapping out a reply while doing her best to ignore the knot in her stomach.

Stop salivating, he’s my date, not yours. And I’m in ’80s Dior—so let the enslavement begin. T x

But as she stepped into the darkened bar and walked past the booths, listening for Sam’s greeting, the knot swelled and pushed into her throat. After close to six months of crappy dates, it was incredible she could still feel anything at the prospect of meeting a new guy. So what exactly was this knot about? Because it was getting uncomfortable. Excitement, maybe? After all, this was a date with actual prospects. The anticipation of flesh-to-flesh contact with another human being, and the promised endorphin rush of good hard sweaty sex, had caused her to waste a good hour debating the appropriate knicker etiquette for tonight.

She stopped dead at the sound of Sam’s deliberately nonchalant tone, her heels sinking into the deep-pile carpet—and eased a breath out of constricted lungs. Pasting on the surprised smile she’d been practising in the mirror all evening, she spotted Sam standing beside one of the booths. She scanned the rest of his booth as discreetly as possible. A pair of muscular forearms rested on the table, but the remainder of Sam’s companion was hidden in the shadows.

‘Sam, fancy meeting you here.’ She winced at her overly bright tone.

‘Yeah, fancy.’ The twinkle in Sam’s eyes dazzled her with conspiratorial glee. ‘Hey, Brent, this is Tally, a girl I know from way back,’ he added, being deliberately vague about their connection, as they’d arranged. ‘Tally, meet Brent, a pal from my college days.’

She dragged in air, trying not to hyperventilate as a tall man appeared from the shadows and unfolded himself from the booth.

She sucked in a breath, nearly choking on the drool that collected under her tongue, as he reached out one large tanned hand. ‘Tally, hi.’

Firm fingers folded over hers as her gaze met eyes so blue they were almost translucent, the brilliant aquamarine reminiscent of a Caribbean tourist brochure. She stood momentarily transfixed, the calluses on his palm sending goose bumps sprinting up her arm, as she noticed the bold angles and contours of his face.
Muscular shoulders stretched the seams of a white shirt and tapered down to the lean waist of his charcoal-grey suit trousers. Despite wearing the standard uniform of a well-heeled office worker, with his height—he towered over her even in her heels—and those mile-wide shoulders, he had the aura of a navy SEAL rather than a tech geek.

The brutal buzz cut added to the impression of raw, all-American masculinity, accentuating his blunt features and making her fingers itch to caress the soft spikes of hair covering his scalp. Goodness. He certainly had a physique better suited to hand-to-hand combat in a war zone than booting up a hard drive in Mayfair.

She struggled to reinflate her lungs, before they collapsed entirely, and say something that didn’t involve whimpering, but then his deep unfathomable gaze roamed down to her cleavage, insolent and entitled—and the supply of oxygen to her brain cut off entirely.

Given that her bust was clad in sequined velvet precisely for the purpose of drawing the male gaze, she couldn’t exactly be outraged by the bold assessment, but that didn’t stop heat flaring across her chest as the knowledge in his eyes made her wonder if Sam had managed to keep his mouth shut about her intentions.

‘Great to meet you. Why don’t you join us?’ His wide, sensual mouth quirked on one side and he gave her hand a gentle tug.

She cleared her throat. That was supposed to have been Sam’s line.

‘Um, thanks.’ She went to slide into the booth next to Sam, but Brent the Magnificent’s large hand touched her hip, sending a jolt of shock and awe up her spine. And stopped her in her tracks. ‘Take my seat. I was heading to the bar. What’s your poison?’

‘A daiquiri.’ He brushed past her, the spicy scent of clean male sending her senses into overdrive as his hand slid off her hip. The familiarity unsettled her a little. Either the guy was supertactile or he was already staking a claim. And while her nipples weren’t objecting, the rest of her felt a bit dazed. After two years without a ride of any description, maybe she’d overestimated her ability to jump back on the horse—or rather, the stallion—this quickly.

Had she actually requested a huge dick? What had seemed hopelessly arousing in the cab on the way over now seemed overwhelming. Why the heck hadn’t she thought this through a lot more carefully?

Brent wasn’t an alpha male, he was an alpha wolf—and for all her big talk last week, she was completely out of practise at handling one of those. Because the last time she’d hooked up with one, he’d ended up ripping her to shreds.

Was there such a thing as a too-hot date?

Tempting the Knight
Scroll to top